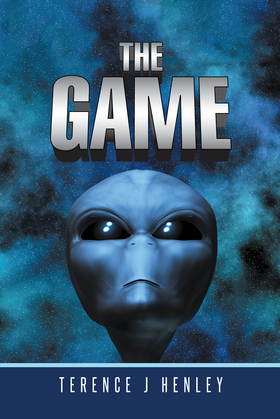 THE GAME happens inside a very large Hadron Collider which is built by
the Utopians Godisious and Luciferious to fi nd the answer to a problem
their people have. Th e Cycloves are a very dangerous species, intent on
killing everyone and destroying every planet they come into contact with.
Having destroyed one galaxy, they are now on route to the Utopians galaxy.
Needing an answer as soon as possible how they can accomplish this, they
make a new multiverse inside the Hadron Collider that is in orbit above
their moon.
Th e Hadron Collider holds a number of universes, thousands of galaxies
and millions of stars and planets. Everything within the Collider is very
small, but the species that live inside it have no idea. Th e Cycloves are put
at the top of the Collider and the humans lower down. Th e people from
Utopia Prime enter Th e Game to take control of the units within it and get
them to fi ght the Cycloves.
Th e main two characters Darrent and Chrymella who are inside Th e Game,
have to work together to fi nd the answer before the Cycloves return and
destroy the Utopians and everyone else in their galaxy. When Darrent fi nds
himself occupying Chrymellas body, he is not happy and wonders how he
can do his job