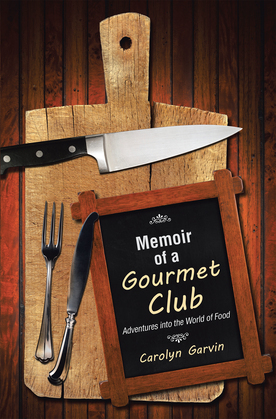 Memoir of a Gourmet Club

This memoir begins in 1975 when six couples came together to form a gourmet club. For over forty years, this disparate group experienced camaraderie and poignant moments during meetings at which recipes were gleaned from around the world, creating cooking successesand disasters!

Memories of this period were taken from a diary which chronicled the dates and menus for each dinner, yellowed newspaper pages of recipes used and saved, and aged and tattered letters from members informing the recipient of the themes and recipes they wanted to use.

You will learn from this book how to form a club of your own: the responsibilities of each member, the themes you may want to use, recipes from many cultures, and hilarious stories of mishaps and mayhem that occurred during the gourmet club meetings. It is a memoir of the gourmet club, of how the affection for each other grew, and of the fellowship and sense of community they created. It is a love story of food and friends.