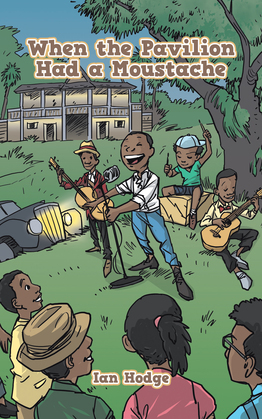 When the Pavilion Had a Moustache

This is a book of stories about small boys. It is about how they thought and what they did in a small West Indian town in the period round about the early 1950s. The boys are affected by the creatures among which they live: their parents, other adults, the neighbourhood dogs, and a girl or two. Mainly, it is an insight into how small boys interpreted and understood what the little world around them meant and how to adjust to the new words that they seemed to hear or read each day. The reader will understand and be sympathetic to some of the boys definitions of thingsdefinitions with which a good dictionary might not concur.
Various interesting adults revolve around the group of boys and educate them from time to time, sometimes deliberately and sometimes by accident. Sometimes the education is of the mainstream type, and at other times it is particularly home grown. But in every case it is properly cultural and pragmatic.
Some of the characters of note are Pop, an uncle of the narrator and an adult who totally understood the minds of small boys, never having entirely grown up himself; Ridsdale, the organizer; Larry, the wise; James, the unfortunate; Guava, the grouch; and Calvin the little know-it-all whose mother had sent him to a private school.
And we are not likely ever to forget Alice-Maud.
There is no grief or tragedy or vile corruption within these pages. The reader should relax and bear in mind that the boys will not die from the mistakes and misunderstandings that they collide with. They are going to grow up and be wiser, and some will possibly become quite important men. But for the moment they are just boys.