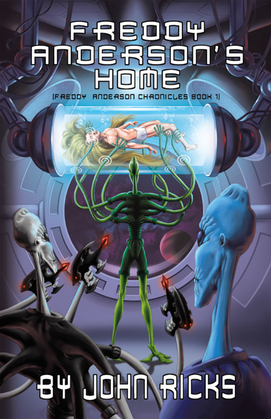 Ten-year-old Dr. Freddy Anderson is a super genius capable of using his mind in incredible ways. After he is orphaned, the president grants him land near a military base and issues an order for an admiral to keep an eye on him. Even as he is relentlessly tailed by a Navy Seal, Freddy attempts to start over with a new family. Sadly, his journey is not easy as he is bullied, shunned, and loved by few. But what his adversaries do not know is that Freddy is a determined boy with amazing healing abilities.

The government thinks Freddy is a threat to national security, not only because of his gifts, but because he invents innovative devices that make him attractive to their foreign enemies. When the government becomes too involved in his affairs and steals his inventions, Freddy takes extreme measures to protect himself and his future by unveiling his latest creation. But as Freddy proceeds with his plan, he is about to discover that another race wants himand his knowledgeeven more than the humans.

In this science fiction tale, a child genius becomes the pawn for beings who want nothing more than to look inside his brain and determine how he can help them annihilate humanity.