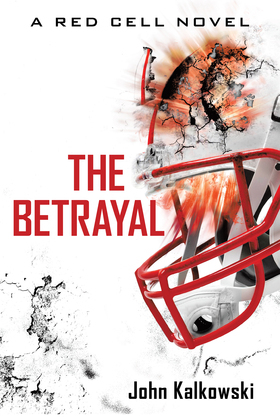 For a little more than a year, fifteen-year-old Will Conlan has led a secret double life. School and sports quietly cover what very few knowhis actions as the governments youngest intelligence operative single-handedly saved Chicago from multiple terrorist attacks. When vengeful radicals learn his identity, though, his relatively secure teenage life gets ripped apart one small piece at a time.

Unaware of the hunt against him, Will tries to fix a freshly ruined grade by using his involvement with the Analytic Red Cell to write a report on how to commit the perfect act of terrorism. Unfortunately, the paper only serves to make matters worse.

The first setback comes when his girlfriend, Stacey, is kidnapped. And then during a rescue attempt, he learns of a scheme to harm thousands of Big Red fans attending a college football game. All too late, Will realizes his own perfect plot is unfolding against everything he values. In this thrilling sequel to Red Cell, the governments youngest asset is left alone to stop his own plan and escape those who believe in his betrayal.