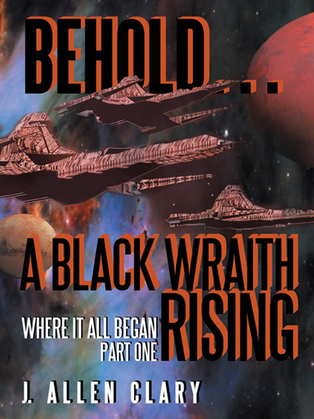 After the Jadra Warriors defeat their enemies on Jadus II, the planet Jadus I is stricken by thirty deadly years of civil war, destroying millennia of culture and advancements, and reducing the population from billions to just millions of half-starved inhabitants. When the fighting finally fades, the planets population struggles to rise from the ashes of destruction, rebuilding itself and its civilization over the course of another fifty years. Whole once again, Jadus I is a force to be reckoned with, a power unmatched across seven galaxies.

The people of Jadus II, however, have not forgotten the destruction they endured at the hands of Jadus I. Prime Chancellor Samin Bladen of Jadus II, a greedy and sadistic ruler, initiates a new war of conquest. When Prince Kadan Gladden of Jadus I follows in Bladens footsteps, however, Kadan inspires the rise of the most powerful enemy the worlds of the seven galaxies have ever faced: the Black Wraith Empire, a force that threatens the freedom and lives of billions. Although the Freedom Alliance forms to fight back, the only real hope may rest in the hands of a group of space pirates.

In this science fiction saga, the first in a series, the power of an evil empire grows as a group of unlikely allies struggle against that evil might.