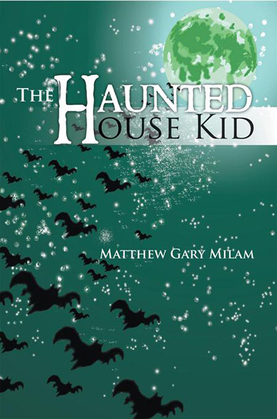 Alex Connellys parents are getting a divorce. To make matters worse, they have refused to let him use their garage this year for the haunted house he has put on since he was very young. Fortunately for Alex, he has been temporarily allowed to live with his adoring maternal grandmother, inadvertently gaining himself a new venue for his spooky hobbyhis Grandma Ruths near-empty garage.
When Alexs mom starts acting all kinds of weird, and Grandma Ruth is away from home all the time (because shes managed to pass her drivers license test, after several years without a license) --and he starts to notice strange things going on during the construction of his latest and greatest spook alley--stranger than normal, that ishe considers scrapping the project entirely.
Yet...something is driving Alex to finish his haunted houseat all costs! All he knows is that he has to get it finished by opening nightjust before Halloween!
Meanwhile, Alex--left with a lot of free time to work alone and undisturbed in his grandmothers garage--is worried about his little sister, Maggie, being alone with his mom--who has begun acting very strangely and is gone from home most of the time. And his heart is breaking for his Dad, who is sad and living across town in a lonely apartment. But unbeknownst to Alex and the rest of the family, Grandma Ruth is trying desperately to find a way to keep her daughter, Allison, from embracing the family roots into witchcrafta tradition Grandma Ruth, herself, has spent a lifetime trying to deny, and from which she has always tried to protect her daughter.
Long lost relatives come out of the woodworks. Mythical monsters are being summoned from distant quarters of the earth. Everyone is worried about Alex, too, because of the strange way his mother is acting toward hima well as for the strange way Alex, himself, is acting.
But at least new friends offer comfort along the way.
Alex just hopes that somehow his haunted house is going to save his family!