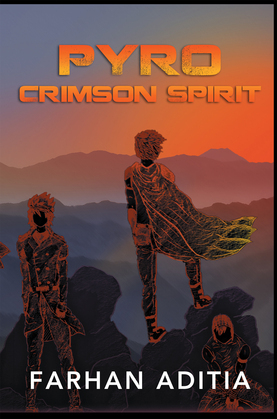 This is the story surrounding Darius, an ordinary boy living in an isolated and yet enchanted world who aspires to one day become the Pyro, the greatest warrior in all of Altaria but is one day forced to become something he never could have imagined: a Psyon. As he is robbed of everything he has ever known; he discovers a much bigger world than he was taught and a secret war on-going for centuries between the living world and the shadow that is the Darkai. But Darius does not face this danger alone as he is selected to join the Psyon Guild, a small rag-tag group of newly chosen Psyons like himself.

Duke, the Soldier, a former member of the Darkai regime.

Igniz, the Ice Prince, sent away for the security of his nation.

Raizo, the Wonderer, ever caring for his young friend.

Zeeq, the Fatherless, rose to become something his father never wanted.

Together, they go on an adventure of self-discovery, learning lessons on life, truth, justice and what it means to fight. Surrounding elegant palaces, an atlas full of Artes and wonder, cities greater than our own and the comical brotherly fight you see in your own home.

All of their battles and losses will one day lead to a destiny all of them would never have imagined. And it all began with a name