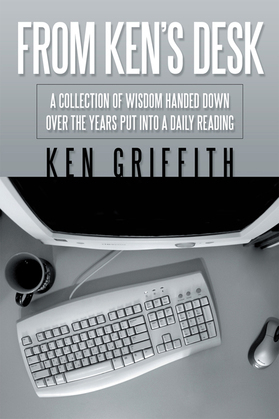 Lets face it, we are always selling. Every day we sell ourselves. Problem is we often sell ourselves short. While my book and seminars have a tilt
towards selling, it is my belief that the greatest scourge of this world today is not any disease or poverty but of one of poor or low self esteem

Whether you are looking to become a great sales person, lead sales teams, or simply desire to become the person you always wanted to be, this book is a
must read. Think about how much time you spend in the shower and cleaning up to go to work, and what it would do for you if you spent that same amount of
time each day on your brain.

Born in 1960 Ken grew up with his two brothers by the great work of their single mom. At age six his mom remarried and settled in to the middle class life.
Dad an electrician and mom and administrative clerk meant money was OK but not plentiful.

After 15 years in the normal work force aka. A JOB, he decided a new direction.

Sixteen years of studying leaders in business and politics, thirteen years studying the human mind/behaviour, being twice elected candidate for the federal
seat in parliament, and an undying drive to prove his self worth, Ken eventually came to run the largest sales office, for the largest retailer of energy
in all of North America, leading a team of forty consultants with a gross yearly sales of over $25mil.

He created a level of passive income that allows his to focus is on his true passion teaching others.


Seminars such as Steps to Career Success*, Be The One, Ignorance on Fire, Follow Your Dreams No Matter, What Would You Do If You Couldnt
Fail?, and Follow the Leader - Mentorship, Ken has helped hundreds realized their true potential and made that disconnect form the usual
motivational seminars to real everyday life success.

Ken founded KSG in Motion Inc. in 2006 with the belief in the ingrediences for that success coming from Knowledge, Service, and Gratitude.

* Steps to Career Success is an intense two hour course/seminar and has attracted the highest rating among all who have attended. A must in personal and
professional development.