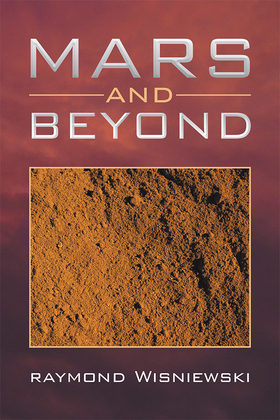 Most of this book is fiction about the possible exploration
of Mars in the future and travel to a near star. There are
enough facts mentioned about progress in space travel to
support the fact that more advanced space travel is possible.
Having a colony of people on Mars could provide ideas
to people living on earth to have a more healthy life. With
growing world population and declining resources, because
of the degrading environment we must think about life in the
future.
With Apollo 11, Neil Armstrong was able to set foot on
the surface of the moon and give the first opportunity for
astronauts to travel in space outside of the earths orbit. He
wore a pressurized space suit to move about on the moons
surface. Because the moon has no air or water, he had to
return to earth in a short time. Additional Apollo trips were
made to the moon including a moon buggy for short range
transportation. Further trips to the moon were canceled
because of the development of the International Space
Station and the Shuttle. Rocket probes and robotic rovers
which made the voyage to Mars landed to explore for water
and minerals.
Rockets have become double edged sword that can
be used for Fourth of July celebrations and for space
exploration, where they are put to good use. When used in
warfare as ICBMs or in small military missiles, they can
become leathal tools of war. This book is partially factual
dealing with rocket events that have occurred. Some of the
8 Raymond Wisniewski
mostly fiction Martian rocket events, in the book, still have
to happen.
Hermann Oberth, a German physicist was considered,
The Father of Space Travel, who Werner von Braun
admired. The United States allowed Werner von Braun
to come to America after World War II to prevent German
missile technology from falling into Russian hands and
help the U.S. Army missile programs to get started and
developed.
Our space technology grew from von Brauns early work
on Army missiles and with his work at the NASA George
C. Marshall Space Flight Center. Rocket work at Redstone
Arsenal paved the way for NASA to develop the Apollo
moon rocket. After the Apollo missions to the moon, rocket
propulsion helped lift the Space Shuttle and Space Station
into earth orbit. The idea of going to Mars was considered
the next space goal.
The use of robotics in space, sending a men to Mars
and finding life somewhere in space has stimulated space
enthusiasts. Rocket propulsion has shown that payloads
can be carried from small distances to intercontinental and
outer space distances. Rockets have been and are now being
used for peaceful purposes to put up satellites for television,
communication systems and for GPS uses.
Robotic vehicles as the Curiosity rover have landed
on Mars and have explored for water and atmospheric
conditions. To use of robotic vehicles and robots aiding
astronauts in the future can paved the way for the eventual
use of human astronauts for trips to Mars.
There have been many science fiction stories about
Mars. The stories have told about people living on Mars in
advanced societies and how easy it was to take trips to Mars
and fly around in rocket spaceships. We know now that Mars
has a hostile environment with no air for humans and no
Mars and Beyond 9
liquid water is to be found. This book shows the challenges
of going to Mars and the stars and providing life support for
the astronauts.
This book is dedicated to my family and friends and to
those who have helped me along the way to gain knowledge
and move to a life in engineering and rocket technology.