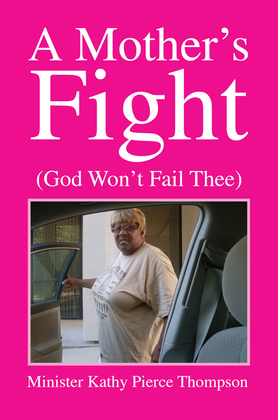 A Mothers Fight tells the story of the tests trials and tribulations of a mothers fight against cancer. Two weeks after the death of her husband, my mother never had the chance to mourn his death, because she was diagnosed with Breast Cancer. The diagnosis of Breast Cancer began her five year battle with a disease that changed her life and all of our familys life as well.
My mother had the type of breast cancer that did not have a root to it, therefore allowing it to come back at any time and travelling to different areas of the body. During the years of 2007 through 2012 my mother had cancer in the breast, lung, and brain.
Living in a small town with not much of a health care system, we were brought out of our comfort zone. In order for my mother to be cured and get the health care she needed, we had to travel a great distance, my entire family had to help, and we had to depend on God and the people He brought into our lives.
My family and especially my mother went through a storm in dealing with the little c word called cancer, however it taught us to trust God, pray, lean and depend not in our understanding but in the understanding and wisdom of God.
The night before my mother had brain surgery, she heard the words to a song in her ear singing He wont fail thee. God did not fail my mother in her fight against cancer, and that lets me know He will never fail any of His children.