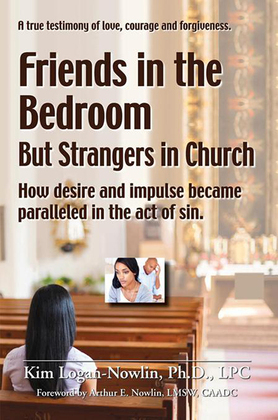 Friends in the Bedroom but Strangers in Church

This is a true story about a woman
who struggled through an adulterous
relationship with a man for six years.
What began as unexplained teenager
attraction and youthful curiosity,
carried into her adult life where it
resurfaced again, only to consume her
and eventually spiral out of control.

This candid story exposes an
underlying dilemma that exists within
the Church. It reveals the life experience
of a professed Christian woman
who convinced herself that a unique
friendship outside of Gods marital
design was her destined path. Over
time, the intrinsic connection became
intimate. Both parties acknowledged
the relationship was based on curiosity
and infatuation; yet, despite her
Christian upbringing and foundation,
their negotiation and illicit justification
spanned beyond two decades.


What begins as lust of the eye can
lead to negative complex ramifications
when we allow ourselves to bargain with
the enemy as this couple did. Still, her
story is not unique. It is a revelation to
readers who identify with her battle.
Hers is a testimony of Gods forgiveness,
yet, a reminder that His transformation
rarely comes without struggle. Despite
disillusionment, this womans life had
reached rock bottom. Fortunately, she
was introduced to therapeutic healing.
Through professional intervention, she
was guided toward completeness and
righteousness according to Gods Word.