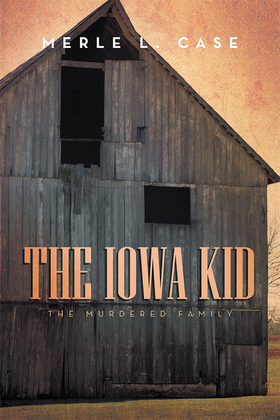 Randy Allen was only 12 years old, but here he had a rifle in his hand and a dead body at his feet. The smile on his face was a smile of triumph and satisfaction.
Seven men had killed his mother, father, and sister before his eyes. The two women were raped many times before they were murdered. Now the son who witnessed it all would find justice in the guns he carried.
I have read many stories of the hard life early Americans had to overcome in order to settle the untamed west. All too often the children suffered the direst situations imaginable. This is a story about that unfairness and how one boy had to rise above it to become a man much before his time.
I write this book in remembrance of my cousin Freddy Welder of Madrid, Iowa.
His love was his wife Gloria, his mother, brother Don, his kids and grandchildren. He loved to work the farm and on cars.
They were a very big part of his life as he was to them. He died last year of2010 around 8:00 at night. His pickup collided into the back of a gain truck in the dark and the grain truck had no lights on.
He was going to pick up pizza, one of his favorite foods. He never made it. After
the accident he talked to his wife and told her he would be alright. But he wasn't.
WE MISS YOU FREDDY.