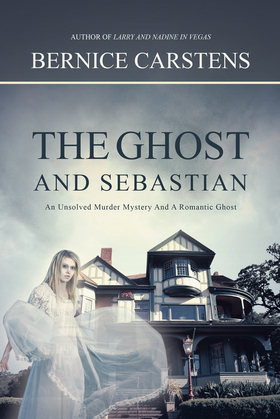 The Ghost and Sebastian

This is a powerful story about a renowned mystery writer, Sebastian, from New York, an unsolved triple homicide in a mansion in Marblehead Neck, MA in 2006, and, a romantic ghost Jenny. She, her boyfriend and her mother were murdered in that mansion. In January of 2010, the mystery peaks the interest of Sebastian, so his goal is to help find the murderer and write a book. Hes also a criminal psychologist with a masters degree, a psychic medium and clairvoyant.

Sebastian moves to Marblehead and attends a pitch party and meets, Samantha, a romance novelist with magnetic blue eyes, dark hair and a bad temper. He later meets beautiful Katherine who rents him a spooky Victorian mansion. While he lives there, he encounters Jennys pale lifelike ghostly apparitions which his life becomes entwined with, and, her spiritual power gives him strange love pleasure that shocks him. Other powerful ghost sightings follow and Katherine and Samantha seek psychotherapy. When Sebastian plans to move out of the mansion, he gets a puzzling surprise.

A FASCINATING ROMANTIC GHOST STORY AND A MURDER MYSTERY THAT IS SPELLBINDING!