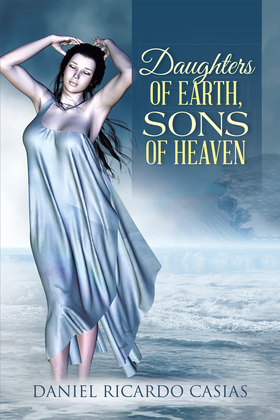 Daughters of Earth, Sons of Heaven

The human species on earth is a hybrid species born of earthly women and ancient male warriors who fell from outer space. All ancient civilizations knew this because it happened in their time. Their legend and lore tell of the exploits of these heavenly beings and their offspring.

The Christian Bible and the Jewish Talmud in the book of Genesis call these extraterrestrial warriors various names in different translations. They are referred to as heavenly beings, sons of God, giants on the earth, and of course sons of heaven. But all translations of the Bible narrate the same simple story. After the fall, the sons of heaven saw that earthly women were beautiful, and they took them for their wives. These daughters of earth were beautiful both to the eye and mind. These daughters of earth carried in them the seeds of our civilization, compassion, cooperation and understanding.

The product of this union became not only our hybrid species but the heroes and great men and women throughout recorded and unrecorded history. We are them.

Rico is the last remaining son of heaven on earth who fell here in ancient times to father our civilization. Lost, alone, and broken, he grieves the mortality of his hybrid species. They do not share his impossibly long lifespan. Living among them is constant loss, pain, and grief.

Rico also grieves his hybrid species dark side. Some offspring retain the unquenchable hunger for flesh of their earth ancestors and the long lifespan of the sons of heaven. The ugly head of Tarquez periodically scars the history of humankind with death, destruction, and sorrow. Tarquez is one of those hybrids born of the first generation of the union who retained both the unquenchable hunger for flesh and the long life span of the sons of heaven.