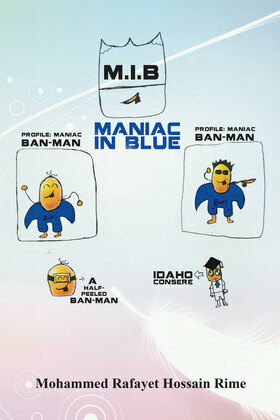 Ban was a humble maniac with many hopes and dreams but none of them were completed and he accidently told out a deep secret.

Hence, letting a enormous cat out of the bag and now he has to stop the secret from being told to the Evil prof. Larvoger. Also, something was left lying without care! After defeating Larvoger, the Demoncar
let a spark out of him and affected Joney Loansoney. Now, its up to Ban-Man to save the day again but evil keeps on GROWING!
Evil has spread like spores! Everybody were demoncars, searching for Ban-Man.

Suddenly, Lan-o-ana, Ban-Mans father, gets stabbed and dies. After his death, Ban-Man decides to have a showdown
but can he succeed? He could Die or Survive! Read the book to find out more!