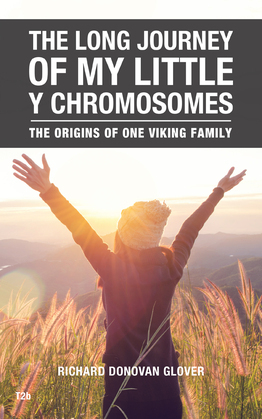 The Long Journey of My Little Y Chromosomes

From a young age, I wanted to trace my familys history, hoping to get back to the very beginning of modern mankind seemingly a ridiculous and impossible task! However, inspiration came to me in the 1950s whilst serving in the Royal Air Force. I was stationed for two years at Castel Benito in Libya, which was situated on a sandy, unmetalled road leading from Tripoli into the Sahara. Many times, it intrigued me to see people passing our camp on foot some with shoes, some without, all with differing skin colours and facial features. I realised many of them must have walked hundreds or even thousands of miles across the desert towards Tripoli, hoping for a better life. A few of them obviously came from tropical Africa, with their ebony skin; some were the Tuaregs and other tribes of the desert, with their much-weathered dark-brown skin; and others were the Arabs of North Africa, with their lighter olive-brown skin, all in comparison to the former colonial Italians, with their tanned white skin. I was determined then to learn all about human migrations and the evolution that went along with them.