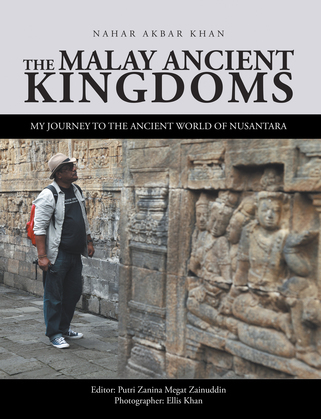 Join the author as he takes you on a journey to uncover fascinating stories of the glorious past from powerful kings, wars and mergers, to architecturally magnificent monuments, the legacies of these ancient kingdoms. Skilled builders and master craftsmen of the past somehow had incredible technologies and knowledge to construct architectural wonders that have withstood the test of times. Think Borobudur and Pramanan Temples, and the Lembah Bujang archaeological site with its mind-baffling iron-smelting industry remains, and you will be similarly impressed.

A television documentary film maker in Malaysia, Nahar Akbar Khan has produced numerous documentaries on Malaysian culture and heritage programmes. Now he is immortalising his journey to the Malay ancient kingdoms in this book, which combines his travelogue, historal accounts and tales, as well as vivid pictures that add intrigue to his discoveries.