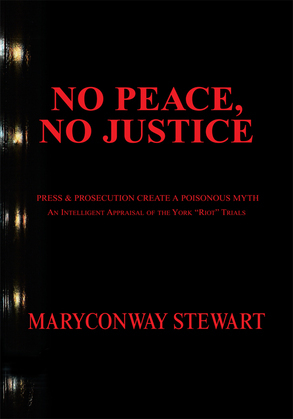 No Peace, No Justice

An account of a trial that polarized a small city a mentally incompetent snitch who derailed a popular mayor defense attorneys and prosecutors who together supported a mythical murder with no grounding in evidence white power rallies that never happened and a local and national media that joined forces with an out of control prosecution and made a circus of the trial.

This book is a close examination of the original testimony and evidence and the press role in the period between the convening of the grand jury and the end of the trials an examination that no one before has attempted. In an epilogue the author suggests ways to prevent such catastrophes from occurring.