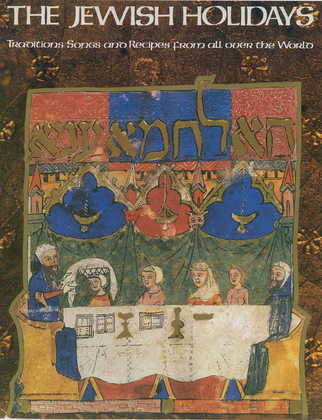 The Jewish holidays. Traditions Songs and Recipes from all over the World

The Jewish rites, traditions, songs and recipes from all over the world, together with the relative different menus for all the holidays are here clearly described.
As a result of more than twenty centuries of migration of the Jewish People scattered around the world, their traditions, ceremonial procedures and customs vary depending on whether the Jewish communities come from the Mediterranean basin (Sephardi), Central Eastern Europe (Ashkenazi) or from the Levant (Levantine - Italy) just as the way of preparing food changes in their different countries.
Holiday meals themselves have taken on characteristic features reflecting a whole symbolic system identified with certain dishes. Every ingredient of these different customs, from religious rites to domestic habits, represents an integral part of a culture, of an old-age tradition, which we have sought to sum up in the following pages.
To be sure, it is not just a cookbook. It is something very special and unique.