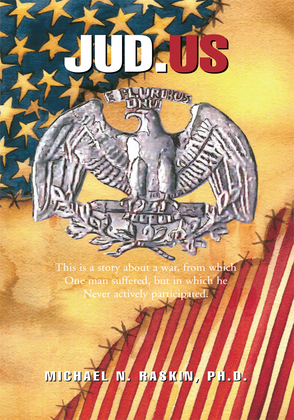 Jud was a country boy, the son of a potato farmer, Who, after graduating high school in 1963, sought The excitement of an enlistment in the Marines, well before serious hostilities had broken out in Southeast Asia. Fate was both good and bad to Jud Userle; it kept him out of harms way, but, in doing so, he had to face himself, and find strengths he would have never found otherwise.
What he discovered was that, in captivity, he found his greatest identity and freedom; and, in his eventual freedom, he found only oppression.
Ignorance is a cruel demon, especially when it is practiced by those who are in authority, and supposedly the keepers of the common good.
The road to the madhouse can be paved by the best intentions of those who control society. This path is paved with the narcissism of its leaders, who can see only that which they believe to be true, whatever the actual facts may be.
Jud Userle is cast into confusion of a world which can offer the sweetest interpersonal rewards, but also a world which can cause you to pay the price of ones humanity. This story of a war from which Jud suffered, but in which he never actively participated.