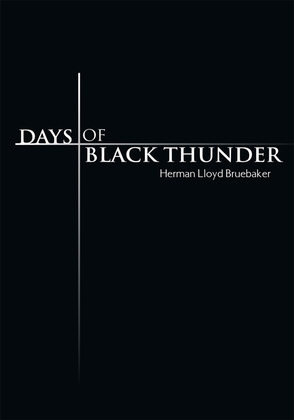 The dreaded nuclear nightmare came some years after Americas unsuccessful Middle Eastern Wars. A Soviet submarine off the Californian coast accidentally fired a missile causing a violent chain reaction throughout the world. Months after the initial firing most of the globe has been turned into a radiation wasteland with millions of fires burning out of control. Along the Canadian borders the United States and her allies struggle against a total communist conquest. Days of Black Thunder is the story of a lonely mobile radar station on the Californian coast. Here a handful of marines face insurmountable odds while fighting bandits that are looting and raping the survivors, plagues, and invading Russian troops. This story is set among the ravages of war that threatens to erase all traces of freedom while the planet burns. Adding to their challenges the greenhouse effect is slowly spreading over the world. Lieutenant Blackmore and his Ten Delta marines draw upon their courage to meet this task.