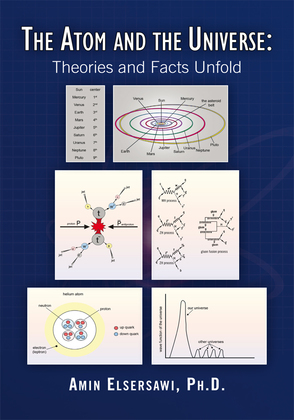 The Atom and the Universe

The sequence of the formation of the universe, including Big-Bang stage, quantum cosmology, quarks and leptons stage, Inflation stage, hadrons stage and atomic nuclei stage are described in the book. Before we examine universe, its important to understand topics such as matter and antimatter, grand unified theory, the Higgs Boson, Feynman diagram, and Supersymmetry which are also discussed here.
The mystery of the universe is how the dark energy and dark matter affect the universe expansion. The universe has 70% dark energy and 25% of dark matter. The mystery is that the visible matter is only 5%.
In the traditional view of the religion, the world is merely five and a half thousand years old and was created in six days. Science suggests that the world is billions of years old. In this book, we used Euler method, angular momentum, and gravitational attraction to prove that the religion is reinforced over science.
Mathematically, all results showed bias in favour of religions.