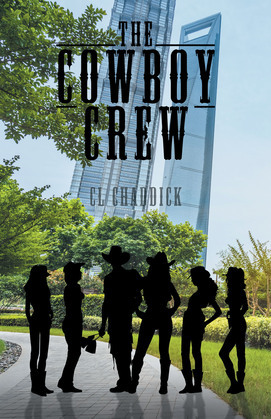 The Cowboy Crew is an elite troubleshooting team of five women whose primary job is to handle what others cannot. Created, assembled, and trained by a man they only know as E, the crews uniform consists of cowboy boots and hats, black dusters, and 45 caliber handguns slung from their hips. When their first call comes in, the women are ready. But what they do not know is that the hostage standoff they are responding to is staged. Lucky for them, the Crew passes the test with flying colors.

Kat is a leader who knows how to control her Irish temper. Under her command are Jesse who is a demolition expert; Lacy who has a knack with fi rearms; Tanya who can use a crossbow with amazing accuracy; and Casey who knows weapons, dynamite, and C4 like nobody else. But as their next calls begin to trickle in, its as real as it gets. Amid robberies gone bad, tense hostage negotiations, and bomb threats, the women must rely not only on their training, but also on their common sense to save innocent lives and right several wrongs.

In this action adventure tale, an elite troubleshooting team of women risk everythingincluding their livesto stop determined criminals from carrying out evil missions.