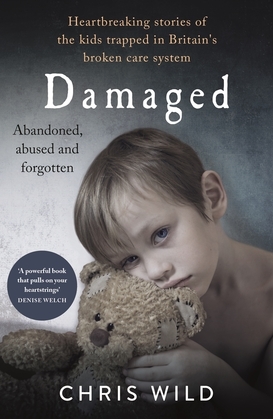 'We were just sacks of flesh existing as punchbags for their rage, or toys for their entertainment'

Chris Wild lost his dad aged 11, leaving him to grow up in the care system. There, he witnessed the incessant physical and sexual abuse of children, with the only escape leading to the streets. So many others like him, failed by the systems put in place to protect them, ended up with nothing but drink, drugs, prostitution and crime as their normality.

Later, working in a care home himself became the only way Chris could help, but he was shocked to discover little had changed and vulnerable children were still being failed. In Damaged, he shares heartbreaking memories of the care system along with the stories of all the boys, girls, men and women he met along the way - exposing why we must take action now to protect all of Britain's forgotten children.