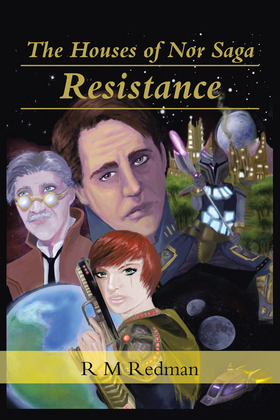 The Houses of nor Saga:

The System of Nor had known nothing but peace for
thousands of years. However, that peace had come under
threat and a new regime had come to power. But, it seems that
this new system of government is prepared to do anything to
stay in power.

Cregan had become involved in the Resistance, and was
injured in the line of duty. She retreated home to heal her
wounds. However, her safety and security were going to come
under threat, as the enemy had decided to pay a visit.

This is a story about people, their emotions, their loves, their
hate and what makes them act in the way they do.