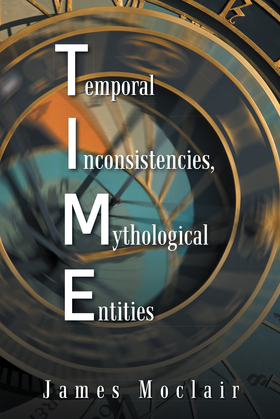 For many centuries, the physics of possible time travel have intrigued many great earthly scholars. In years gone by, both Isaac Newton and Albert Einstein investigated this intriguing subject with interesting theories that still have an open ended view. Even today and for the foreseeable future, new theories will be put forward by leading physicists, who will try to explain the complex physics and beginning of time.
James Moclair the author of T.I.M.E has studied many of these theories and using his immense SIFI imagination, James has expanded on them. T.I.M.E is a science fiction, action and fantasy novel that explores the need for time travel and its many planetary and universal implications. The story about T.I.M.E is set a in our not too distant future and re-introduces some of heroes, aliens and villains from Jamess science fiction novel S.P.A.C.E. Where the novel S.P.A.C.E ends T.I.M.E begins.
With the horrific universal war over, it is time to rebuild planetary relationships and destroyed civilisations. There is also a need repatriate to their home planet, Earth, a large group of human beings that have been left stranded on different planets in this universe. However, thats when the temporal problems begin! And these problems are quantified with spacial time dilation and the vastness of our universe! The only logical solution left is to investigate the realms of temporal physics and then, if possible, time travel! While some species in our universe see time travel for the repatriation of the humans as a highly noble quest, others see it as a way to further their own sinister goals!
For anyone interested in science fiction and the intricacies of time. T.I.M.E is a book that will truly invoke your imagination and take you on a fantastic voyage through the chronicles of a time yet to come.