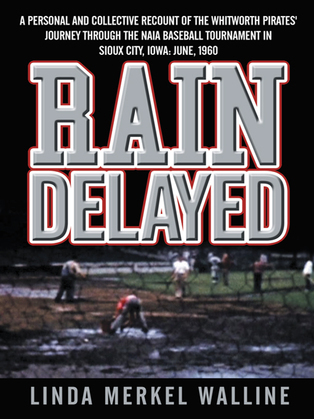 Readers will find Wallines chosen narrative style to be much like watching an actual baseball game... capturing the delightful way a fan can come in and out of the action, enjoying the dalliances and diversions of the afternoon as attention drifts and dips with the cadence of the game. Molly Schick

Just throw strikes. Coach Merkels singular instruction to his pitchers reflected his faith in both the ball players and the game itself. He preferred to let the game play out as it would and trust that if the pitchers threw strikes, the rest of the team would back him up and make the plays necessary to win.

In June, 1960 Coach Paul Merkel, took that philosophy and his Whitworth Pirate baseball team to the NAIA Baseball World Series in Sioux City, Iowa. With a team composed primarily of a fire-balling right hander, a fiercely talented shortstop and an otherwise diverse potpourri of multi-sport athletes, the Whitworth Pirates made their way from Spokane, Washington to Sioux City on a shoestring budget. Their collective determination and ultimate success is the stuff of which baseball is made and is what lived in the heart of Coach Merkel until the day he died.

But this is more than just a story about baseball, the devotion it inspires and the sacrifices it demands. It is also a story about family, the maturation of childhood perceptions, and the blossoming appreciation of all that is singular and remarkable about a parent.