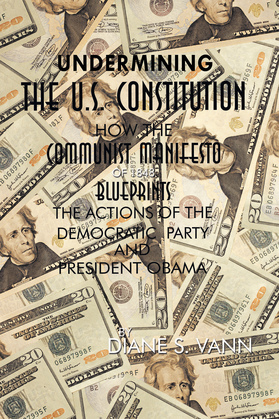 As a nurse I have been in situations where patients learned very bad news about the state of their health, news that was not received well by them, their families, or even their medical team. When preparing this book, my feelings were much the same as when I was in those situations.

The bad news about the health of our nation is, like cancer in a patients body, communism (also known as Marxism) has grown in the United States. Like cancer, it started with an unnoticed seed and grew insidiously with little sign or symptom. Now like cancer, communism is on the brink of overwhelming us.

Because I know that knowledge of their cancer is essential to my patients first step towards survival, I believe that knowledge of our communism is essential to the United States of Americas first step towards survival. So within this book, I describe: how I learned about the symptoms (The Real Communist Threat Witnessed); the disease (the Introduction and Sections 1, 2, 3 and 4 of the Communist Manifesto); the signs and symptoms (President Obamas Communist Agenda); and the treatment and cure (Constitution versus Communist Manifesto: The War within America).

Extremist Socialists, also known as Communists, like Extremist/Radical Islamists believe their ends justify their means (that is: lying, cheating, stealing, and killing).