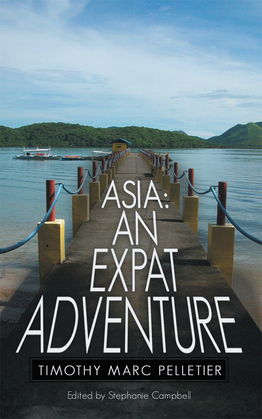 If youre looking to read about adventures, look no further. ASIA: An Expat Adventure will take you on a four-year journey through several countries and
cultures. Its a true testament to what its really like to live in another country, what culturalism really is, and how different the world really can be.


Tim shoots from the hip in this anthology of all that is wrong (and a few things that are right) about teaching English in the Far East. ASIA: An Expat
Adventure is half I Hope They Serve Beer in Hell and half Frommers; its an essential guide for anybody who wants an insiders view on the agony and the
ecstasy (mostly the agony) of ESL life. There are plenty endearing qualities about Tims memoirs, not the least of which is his ability to trudge on when
others would have bought the next ticket home. As Tim looks back at his beer-soaked escapades through the clarity and wisdom that hindsight provides, we
are granted a view of a man who is as resilient as he is ill-fated, and a world that is as perplexing as it is alluring.


leaving behind not just his country, but his mind, as he slowly deconstructs his old life (quite literally in some cases, given the numerous surgeries he
details) and reassembles the parts into a story worth telling. We all have one. This is his. Enjoy it!