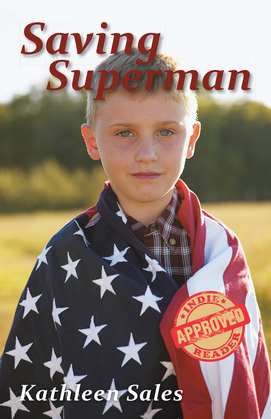 It is 1956 when ten-year-old Pete Martin runs away from homestraight into a violent storm. As lightning and thunder crack all around him, Pete seeks shelter in a dilapidated shed. But as he approaches the dark building, he suddenly realizes he is not alone.

Jake, a homeless veteran who has carved out a meager existence in the shed, helps Pete warm up and soon discovers that the boy is facing many challenges. Petes baby brother died at birth, his father left home, his mother slashed her wrists, and he flunked his grade at school. As Pete confides in his new friend, he learns that Jake struggles with his own internal demons, memories that cause terrifying nightmares and continue to haunt his daily life. But Pete has no idea that he will, very soon, set out on a journey to uncover evil memories lurking in his own pastsecrets with the power to either reunite or destroy his entire family.

Saving Superman is a tale about love, forgiveness, and the bond between a young boy and a troubled man as each bravely faces the inescapable cruelties of life.