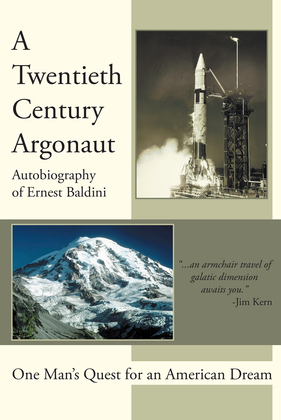 Ernest Baldini started out as a bullied kid in Detroit, and he could have easily slipped into a life of mediocrity. Instead, he chose a different pathmaking careful decisions and working hard to eventually become a rocket scientist. Along the way, he survived World War II and learned that money is not the key to fulfilling dreams; instead, its only another tool to use in building dreams.

Over the course of eighty years and a series of carefully considered choices, he set the bar high in a bid to reach the heavens. Although he rubbed elbows and collaborated with some of the centurys greatest scientists and engineers, his life parallels the lives of millions of other Americans whose years have been clouded by wars, disasters, booms, and busts.

Take a trip through history, enjoy modest adventures, and relish the tales of a man with a romantic heart whose love for life never wavered in A Twentieth-Century Argonaut.