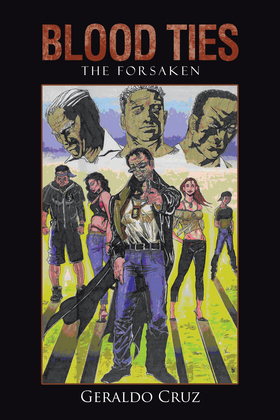 After the Storm, nothing is Forsaken.

The saga of New York City Detective Jake Castillo comes to a head in the final installment of the Blood Ties trilogy, The Forsaken. In an effort to leave his painful memories behind, Jake relocates to the Midtown South Police Precinct, where his reputation has quickly preceded him. The detective soon finds himself investigating the murder of a high class escort, which quickly leads him to the heart of Manhattans Financial District and several high-powered executives with secrets that they would kill to keep. Castillos life gets more complicated when his older brother returns to New York City for one final score that puts him directly in the sights of the Maxwell Brothers, two of Harlems most notorious underworld figures. Meanwhile, the hatred between the detective and crime boss Frank Colon is reignited, leading to a chain of events that will ultimately force the detective to choose between his loyalty to his family, and the reckoning of his greatest enemy.

A complex tale of family loyalty and unrelenting vengeance, The Forsaken is the violent conclusion of the Blood Ties trilogy featuring Jake Castillo, a New York City Detective who is haunted by the demons of his past as he delivers justice on the streets of a corrupt city.