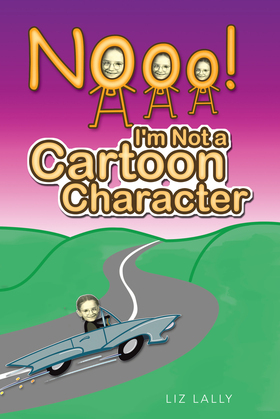 Noooo! I'm Not a Cartoon Character

by Liz Lally (Author)
Buy for $3.99 Excerpt
Nonfiction Humor Topic Relationships Marriage & family
warning_amber
One or more licenses for this book have been acquired by your organisation details


Liz journeyed back in time to see if some of her experiences may be cartoony and a vision of her second grade picture flashed through her mind. Her hair was parted in the middle and pulled back in braids, her front teeth were missing, and she wore gold thick wire rim safety glasses that were always bent so half of one eye was above the glasses. She may not have been a cartoon character yet but she certainly looked the part.


Cartoony situations immediately came to mind. Then she realized these same friends that were accusing her of being a Cartoon Character were with her and sometimes the cause of many of the cartoony encounters.


Liz reveals the humorous, cartoony adventures of herself, family, friends, and the people around her. Everyone can relate to these adventures in view of the fact that there is a little Cartoon Character in all of us.