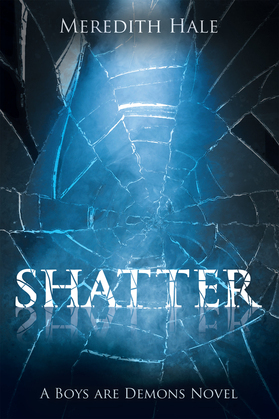 He leaned in so close that for a second I thought he was going to kiss me. Then he pulled back and remained quiet for a little while, until he spoke in a low voice. Marie, theres something I need to tell you.

While average teenage girls have to deal with the stress of pop quizzes, cheating boyfriends, two hours worth of homework, and choosing which Instagram picture makes them look the skinniest, Marie is far from a normal teenage girl.

She has no idea what is happening to her as she tries to convince herself shes either going crazy or that these new abilities of super strength, sense, and controlling the elements are just unusual signs of puberty. Things start to get even more crazy when Adam Keller, an incredibly attractive new boy, tries to tell her she is the heir to the most powerful line of witches and that its his job to train her to use her powers.

Marie somehow finds herself in the middle of a love triangle and is forced to face conflicts that make her whole world shatter. What will Marie do when she confronts having powers, killing demons, and trying to avoid a boy that makes her heart flutter? Will she be able to walk away from everything she has ever known?