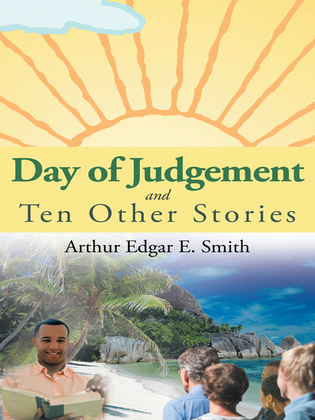 Day of Judgement and Ten Other Stories

This publication is a culmination of my attempt at writing which started in 1966 in emulating Daniel Defoes Robinson Crusoe whose story I had grown so greatly fascinated with through English lessons I was having from a friend of my late father. It was then that I started nurturing dreams of writing a similar life-like story in the first person narrative voice. I would almost every day religiously confine myself in my study and write zestfully for hours from morning after breakfast up to night with intermittent breaks. Soon, I was beginning to get lost in the imaginary world I was starting to create.

My first story was in 1972 in response to a call for contributions to a short story competition. It might have been part of the preliminary run-down to our participation in FESTAC in Lagos Nigeria. Ever since then I have been engrossed in writing one thing or another. But at some time I would be mostly preoccupied with reading and editing the scripts of my slowly accumulating story collections. But the dim prospects of being published were a damper to accelerated writing. But I still kept an eye on my work as treasures to be preserved for posterity.
Some of the stories: The Day of Judgment Has Arrived, Bra Spiders Flight on his Friend Bra Cunny Rabbits Success have been adaptations of folktale I have heard, collected and translated from Krio. Requiem for the Presumptuous Mister Courifer has been an adapted version of Adelaide Caseley Hayfords Mister Courife. Richard Gets Lured into a Wide Reading and Literate Culture is an adaptation of the autobiography of a section of black American writer, Richard Wright who in fact passed through Freetown on his way to Ghana in 1954 a year before I was born. A dream of Coming into Great Wealth Turns Sour an adaptation of a fascinating episode in the life of Olaudah Equiano, the first major black African writer to have emerged from the dungeons of slavery to line the literary landscape.The most recent is Writer's Cramp Gripping, or Crippling an ill-fated response to a cue to a writers competition at Writers.com.

The total number of stories included is 12 covering a wide range of themes of love, changing fortunes, materialism, the process of growing up, reflections on ones past, the blatant display of power featuring life-like characters. Some of the selections have been read to great effect at public readings.

The prospects of being published seeming more and more chancy even with the publication of my Folktales from Freetown which was widely reviewed internationally on the BBC, American journals and stocked in many university libraries in the US and in Britain as well as in the Library of Congress, made me decide in 2007 after returning from the U.S.A. on an International Visitors programme to start publishing on the internet rather than keep waiting for an unforeseen chance of publication. This saw many of them published in ezinearticles.com and articlescorner.com, the latter which was in 2009 pulled down. But for the fact that I had had printed copies from the site I would have lost all trace of them as well.

The Day of Judgement could be rightly said to have received the greatest exposure having first been published in LOTUS, a journal of the Afro Asian Writers Association, read throughout the world and translated into Bulgarian and published in a journal of the Bulgarian PEN in 2008.
My decision to start publishing my stories on the web in spite of its hazards and its being un-remunerative was to give visibility to them and my creativity which could otherwise be lost to time and to the reading world.