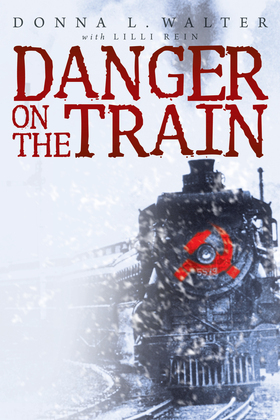 Danger on the Train

This is a true story of two siblings, Sophie and David, who are separated by the Bolshevik Revolution and World War I. Sophie and her family immigrated to America in 1913, but David stayed in Russia, and was drafted into the tsars army. Their families stayed in touch until the mid 30s, when one could be arrested for receiving mail or packages from America or Germany. Then silence. For a long time, the relatives in America thought their cousins were dead. The silence was broken sixty years later, when Donna and Lilli, granddaughters of Sophie and David, providentially met in Germany.

Born only one day apart, the two cousins have each exchanged information about what happened during those years of separation and silence. They write, visit back and forth, and even took a frightening trip to Russia, where Donna began to understand what the family had to endure under Communism.

In these pages, you will meet Russian rulers from Catherine the Great to Mikhail Gorbachev, and see how their decisions impacted our cousins who still lived in Russia. The Iron Curtain lifts for us to get a glimpse of what life was like in Russia after Sophie immigrated before WWI and the Berlin Wall came down in 1989. Donna and Lilli have joined together to tell the many dramatic stories in the familys fight for survival.