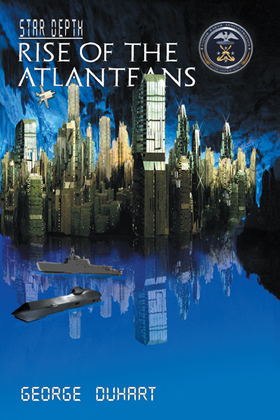 Star Depth: Rise of the Atlanteans

Seven years has passed, and the success of Admiral Wayne James Cooper's United Earth Star Depth Naval Agency has grown into a flourishing military organization for interplanetary service for which he had hoped it would become within the short period of years during its promising development. With the combined efforts of the Star Depth program and the United Earth Space Force Defense Fleet Agency, both branches have successfully colonized and charted several planetary star systems within the inner-rim of Milky Way galaxy. But once again an unexpected circumstance has just introduced itself as a compromising catastrophe to both the newly intergalactic armed forces of the planet earth, and its governing supervision of the newly formatted United Earth Administration as a highly more dangerous threat than ever before. An Alliance-Class, Nuclear, Carrier Submarine, one out of fifteen that has been built by the Star Depth Naval Engineering Corps, designated as the U.S.S. Typhoon, SSCN-811 has disappeared within the deep, oceanic regions of an earth like planet called Beta-Two, in a well known star system known as Alpha Centauri. Their whereabouts are unknown, and the Space Force in addition with the Star Depth Navy is considering them as missing in action during a time of an uncertain resolution with their recent conflict seven years ago with the barbaric, warrior-class aliens known as the Corrilleans. The Administration along with Admiral Cooper's military chiefs of staff have come to the conclusion that the Corrillean Empire may be involved in the disappearance of the UESDN submarine. But the five-star admiral, and chairman of the joint chiefs wants to know for certain if the Corrilleans are responsible for the abduction. Once again, he forms a conjoined task force of Space Force and Naval personnel to seek out and investigate the disappearance of the lost submarine. But little do they know as they come to grips in finding out the truth, and who is really responsible.