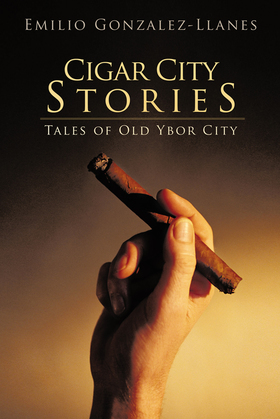 In 1885, Vincent Martinez Ybor, a Spanish entrepreneur, purchased forty acres east of Tampa and built a company town of tall red-brick factories and small wood-frame houses for the workers. Over the next forty years, this community of cigar-makers from Cuba, Spain, and Italy grew into a thriving industry that made Tampa the Cigar Capital of the World. The urban renewal of the 1960s, however, struck a deathblow to Ybor City; thousands of cigar-makers homes and businesses were leveled by bulldozers, and an interstate highway stormed through the dying neighborhood.

The narratives, reflecting a coming-of-age in this colorful community that no longer exists, speak of a kidnapping, a hold-up, a shark attack, a deadly duel, and a murder. A teenager comes to grips with his sexual identity, an activist mother resists Jim Crow laws, and an unexpected baby changes everyones life. In Cigar City Stories, author Emilio Gonzalez-Llanes presents a collection of short stories that provides a snapshot of this lost island in time.

Julian stood on that raised platform in the middle of the factory floor, reading to the workers: Anna Karenina, War and Peace, Les Miserables, writings of Cervantes, newspapers, and the poems of Jos Marti. He didnt just read the words; he took on the voice and mannerisms of the characters in the novels, like an actor in the theater. Good performances were followed by the sustained thumping roar of two hundred chavetas, or tobacco knives, repeatedly striking the workers tobacco-cutting boards.