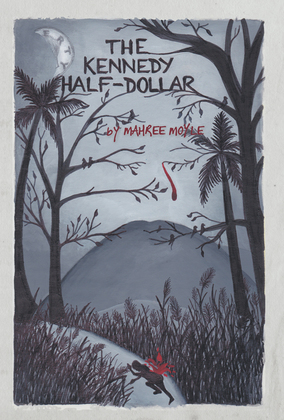 After high school graduation, Seely is forced to move out on her own. She reluctantly decides to move to Hawaii and stay with her sister until she can find a place of her own. She is offered a job with a well-known nightclub in Waikiki serving cocktails. There, she is introduced to the dark side of life.

One evening on her shift, she hears ominous words directed at Mark, the assistant manager. When she turns to see who said these wordsno one is there. Then the next morning tragedy strikes. Mark is found in a cane field shot to death. Seely suspects the Hawaiian Mafia is involved, but has no solid proof.

When the Mafia starts coming after her, believing Seely knows of the murder, she finds herself plunged into a nightmare. Why are they targeting her? Could she have seen or heard something that she was unaware of? Seely knows her life is in grave danger and decides to leave Hawaii, hoping to escape their clutchesexcept they are informed of her moves. After many years of trying to figure out her connection with Marks murder, Seely faces the truth.

From the glistening sands of Hawaii to the white mountains of Alaska, The Kennedy Half-Dollar delivers an eclectic and unconventional true crime memoir of nonstop action and suspensewith background music to set the mood.