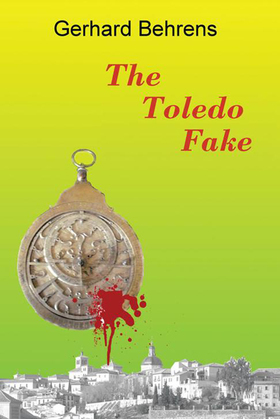 A rare eleventh-century astrolabe from Toledoan astronomical instrument fetches a record price of 2.8 million pounds sterling in a London auction. A few days later, Dr Martin McKenna, an eccentric British expert of Islamic
art and science, is murdered in his modest London flat.

Only his former teacher, Professor Rietberg, is aware of a connection between McKenna and the astrolabein fact he was not only the owner of the alleged medieval instrument, but also its maker. Together with his Iranian friend, Daryoush, he had been in the forgery business for years, producing medieval Islamic artifacts to near-perfection in Isfahan.

This astrolabe, their latest and ultimate forgery, was not only made for money, however. McKenna wanted to leave their imprint on historical research?even research based on a fake!

Unaware of McKennas complex motives and his shady business, the police limit their investigation to angry neighbours and male prostitutes.

Professor Rietberg, who is proud of his detective talents already proven in the case of The Janissary File (published by Universe in 2007), suspects the murderer to be among McKennas forgery victims. He embarks on a long but ultimately rewarding journey to fi nd the killer, which takes him through the London art market, to Iran and the Arab Gulf States.