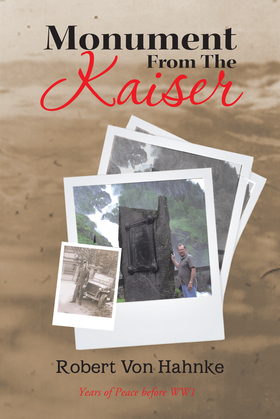 Monument from the Kaiser

A family legend passed from Father to Son, learned by the Father from the US Military while serving in WW2. A US soldier is suddenly transfered from the Pacific theatre to the prepare for assignment in Europe as it is occupied by Allied Forces. The soldier hears for the first time his family has a strong military history in pre World War 1 Germany and he is sent to use that family history to assist in normalization of post Nazi Germany. Years later the son acts upon the information his Father relayed to him, conducting an investigation leading to the revelation of connections to the highest level of pre WW1 Germany and its leader Kaiser Wilhelm II. The investigation takes many twists and turns but the Son found the missing pieces of the history and it all led to the MONUMENT FROM THE KAISER.

One of the best-known and most popular soldiers in Germany.
Newport RI Sun Newspaper
One of the most decorated generals in Europe.
Trenton Evening News