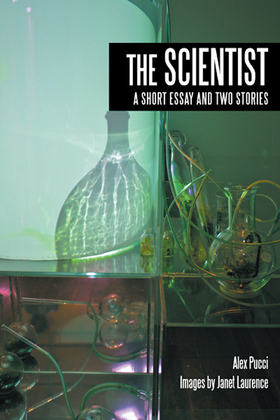 What typifies a scientist? In a brief essay that is a birds eye view of the character of scientists over time, specialty and method, we find that only one common denominator persists: their curiosity and passion for science.

What happens then to this drive in the cutthroat biotech industry or in the ravines of bioethical issues like those relating to IVF? The two themes are developed in fictional stories based on real characters. A companionable guide, Jim, participates to the events unfolding and tells them. As a scientist at the forefront of his research in one story and as a mature science journalist in the other, Jim often finds refuge in mental games and visual models of his own creation and thus survives the upheavals.

In Bourse Brigands financial interests hijack science while Alba, its committed protagonist, fights for her passion to ferry science across to the wider world. In Eves Speed a young embryologist finds two mutant human embryos in her IVF work. But her life spins out of control when scientific arrogance raises its head and makes her blind to reality and ethical rules.

The Scientist offers a glimpse into another world not just through its technical details but also because it shows how scientists think and behave. We are in the factual world of IVF, embryology, stem cell research, commercial and scientific clashes, professional paranoia and the legal and ethical issues that all raise.