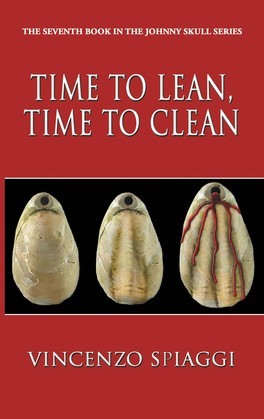 Time to Lean, Time to Clean

Interwoven between scathing indictments of the American president and international jihadism, is a story of terrorism, foreign intrigue, incompetence at
the highest levels of the American government, and creative patriotism.

Vespa Jiggs, the presidents puppeteer, is not who she seems to be. Following the secretive path of her own agenda, she is planning a catastrophic event
that will forever change the worlds political course. But the killing of Osama bin Laden an action she vehemently opposed causes her to change her
plans when one of her angry operatives talks a little too freely about her planned terrorist event to the wrong people.

And once again, Johnny Skull and his friends rise to the occasion to save the world from the forces of evil.

The newest book in the Johnny Skull series is fast-paced and hard to put down. It has everything from espionage to suspense to political diatribes all
mixed in with a variety of interesting characters, including women capable of slaughter. Keep em coming, Cenzo!

Once again, Spiaggi has whipped up an incredible scenario that will have you turning the pages until the very end.