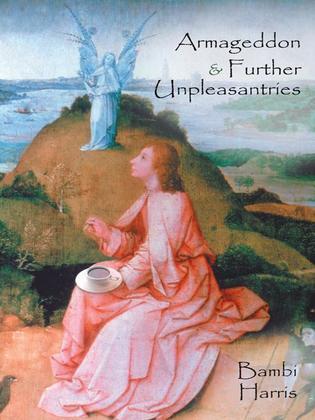 Penny Lane is having one heck of a time in the afterlife. Ever since her murder, shes had one crazy, chaotic, and grueling adventure after another. Whats a dead girl to do but just carry on and go along for the ride? Between her work in melting and ghost retrieval, her studies at the Apollo Academy, and a mission on the alien afterlife, shes barely had a moments rest! For Penny, the afterlife is a nonstop dash.

When she ?nally gets the opportunity to settle down, catch her breath, and pool her talents in ghost counseling and mortal mapping, she gets a pleasant surprise: shes back in her own medieval cottage again. There, she happily juggles work and play, making the time to hang out with her best friends, the groovy archangel Eric and her secret desire, the enigmatic Avery. Penny also has to contend with the departure of someone close and if thats not enough excitement, an old sixteenth-century ?ame has renewed his interest in her.

Of course, she hasnt even sipped her morning cappuccino before even bigger events threaten to fracture the serenity. Together with a band of angels and the deceased elite, Penny and her pals return to Earth in a wild ride of destruction and delight that will change their worlds forever.