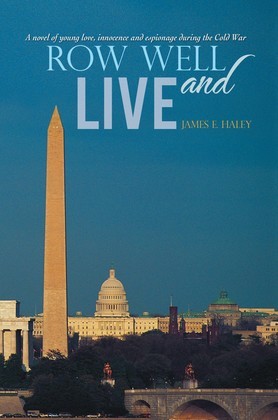 Just after the Bay of Pigs, America is still in a time of national innocence before the murder in Dallas and the horrors of Viet Nam. The two superpowers are focused on Cuba. As a clandestine missile buildup take place on the island, secret agents play a desperate game in Washington to gauge the response of the Kennedy administration.

Into this volatile situation stumbles, Jack Norton, a history student who finds himself threatened by both sides while in amorous pursuit during that intoxicating season of Camelot. Coming to Washington to find a summer job and taking up lodgings in an antique rooming house, Jack discovers that the old building exudes a spectral air, suggesting times long past, illicit sex and hints of dangerous secrets. During sweltering summer nights, he feels that he has stepped backward in time. Jack and his girlfriend, Darcy, begin to explore the constantly shifting currents of sensual titillation and suspicions of international intrigue.

From fleeting daydreams, restless midnight fantasies and half-hidden historical puzzles, Jack conjures up an ongoing fantasy figure to deal with the situation: the world's first superspy, Sidney Reilly. As the young lovers are drawn more tightly into the web of danger and intrigue, Jack's fantasies dramatically take on concrete form.