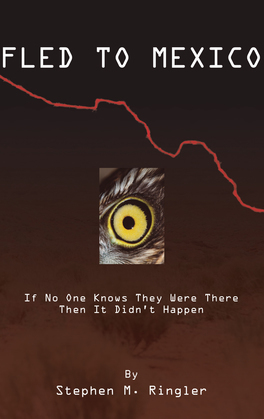 Highly experienced in reconnaissance and stealth the undercover operatives rely on spy craft and cunning to track the FTM fugitives into the most unforgiving locations for challenging extractions, defying all odds of detection. Their modus operandi mantra: If no one knows they were there, then it didnt happen.

A conspiracy is uncovered between the Vatican and the Mexican government which threatens U.S. border security resulting in a familial Federal Police Investigators brutal murder coldly avenged at the highest level of legal authority. Amazing assortments of birds play more than a fly on role in this original, topical, action packed adventure.

(This story was inspired by true events.)