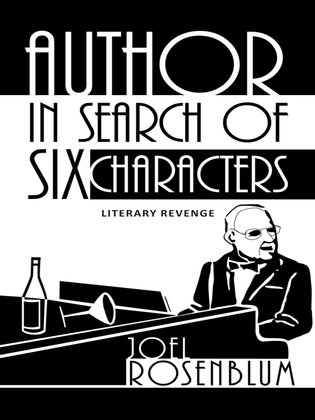 Author in Search of Six Characters

What could be more improbable than an author who joins his own characters in the story he is writing?

Its as if he comes from a land where nobody suits him anymore. He craves literary revenge against a world full of unsympathetic publishers and out-of-order readers, and he takes on the prospect of melding himself from the reality of creative thought into his own fiction. He seems to think the perfect novel is one in which he can just go away and live in.

The present crowds around him. Eventually, he escapes to search for and join in with his personnages predestined to give up his authority over them in order to enliven the mix of his people. To add to the mosaic, his characters are all addicted to a strange disease common to writers: scripturgia, the urgent need to be writing all the time and are assembled at a meeting of the other AA: Authors Addicted.