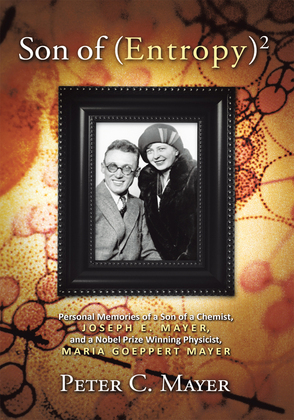 Their son, mostly for fun, writes this collection of vignettes about two prominent scientists. The forward includes a description of the two, summarizing their character and their careers. The summary contains an explanation of the title, Entropy Squared. The forward ends with remarks about the accuracy of the vignettes. Some vignettes include a representation of the impact on the son and some have historical significance.

The first two sections concern Gttingen, Germany, from where that American, Joe, as a fellow student put it, acquired his wife. The first section of Gttingen vignettes is from the time of meeting and from visits until World War II. The second is from after the War.

Sections concerning each are followed by a section on Maria receiving of the Nobel Prize. The conclusion is a memorial to Joe.