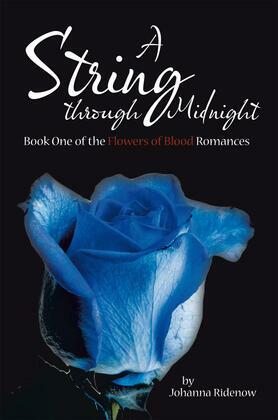 A String Through Midnight

Every time somebody new moved into the little town of Eagles Ridge, GA, Martin Johnson was aware of it. He had to be. It was his responsibility as town sheriff and had been since he was appointed/elected four years ago.
So a new family wasnt that unusual but this one sure was. A lone woman with hair like flame that set fire to his imagination with hazel eyes that changed almost every second. How could any man not find Amanda Fleming totally fascinating? He may be fascinated but the feeling was not returned, as his friendly advances were meet with a wall of solid frozen stone, something that was considered very rude in a small southern town.
The last thing medically retired FBI profiler Fleming wanted or needed was attention. Any attention. She had fled her former life because she just couldnt stand the whispers and the looks of pity from her friends and co-workers. Like a willing Rapunzul in her tower all Amanda wanted was to be left alone.
The hand of Fate had been very cruel to Amanda but she gives as well as takes. Amanda and Martin may hate each other on sight but the heart chooses as it chooses and what you think you want isnt what you need at all.